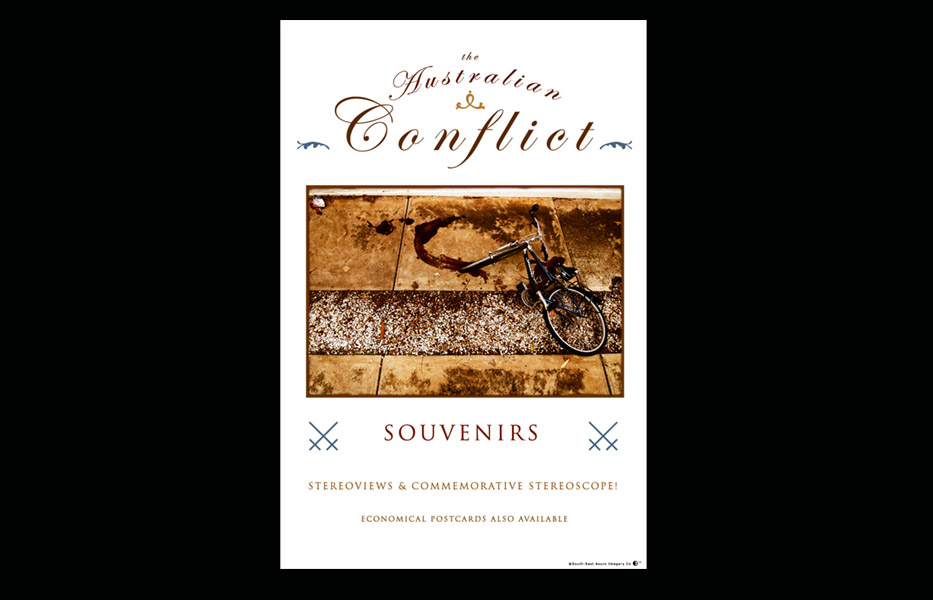 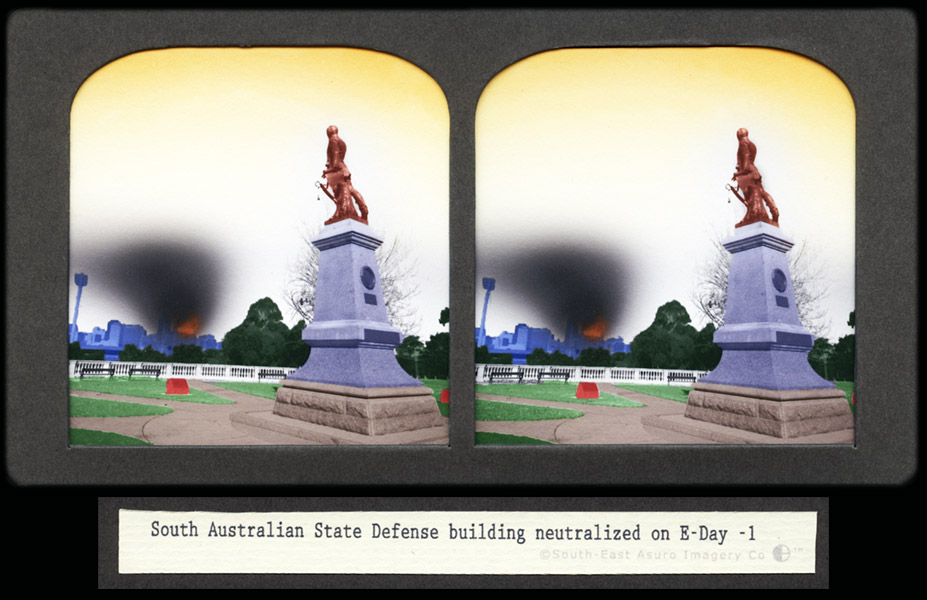 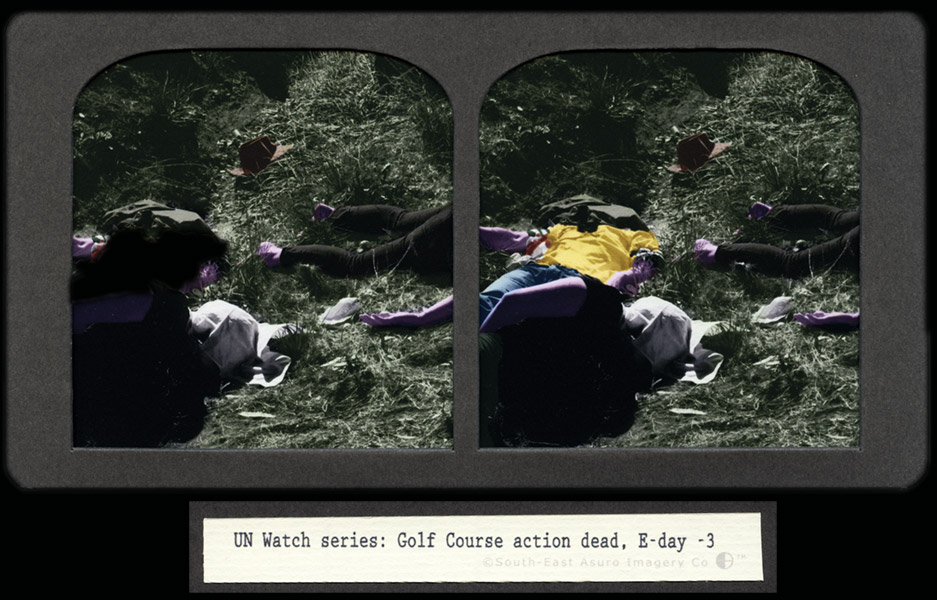 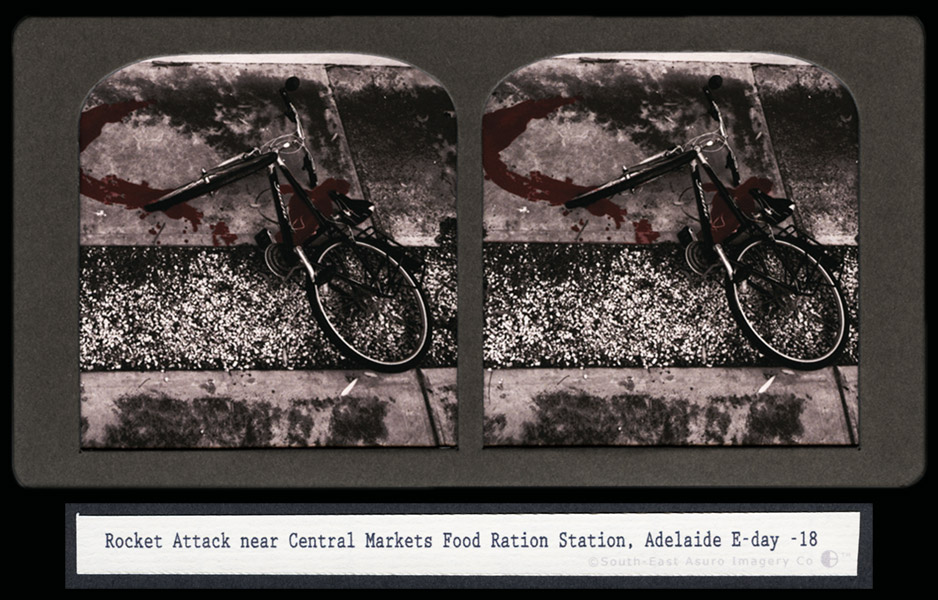 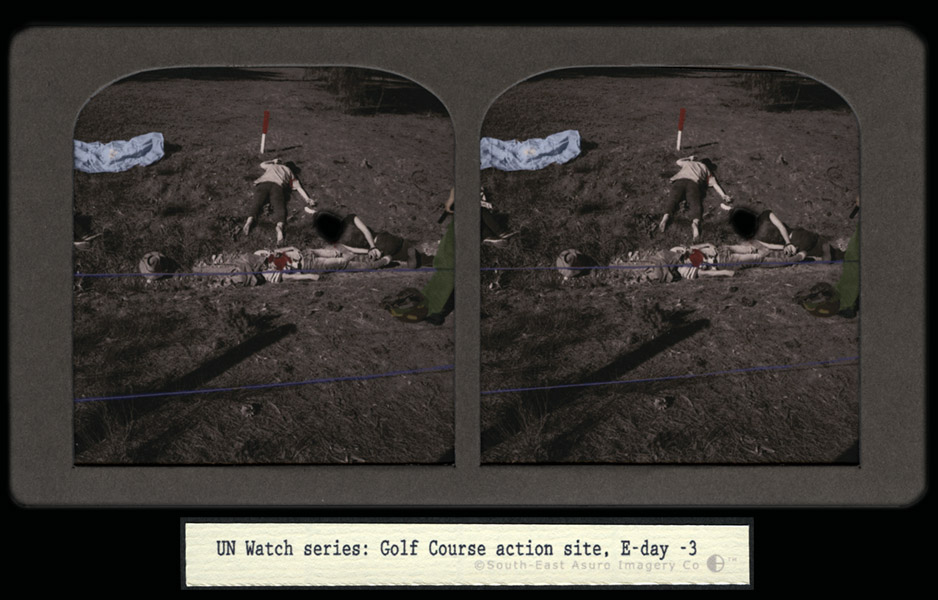 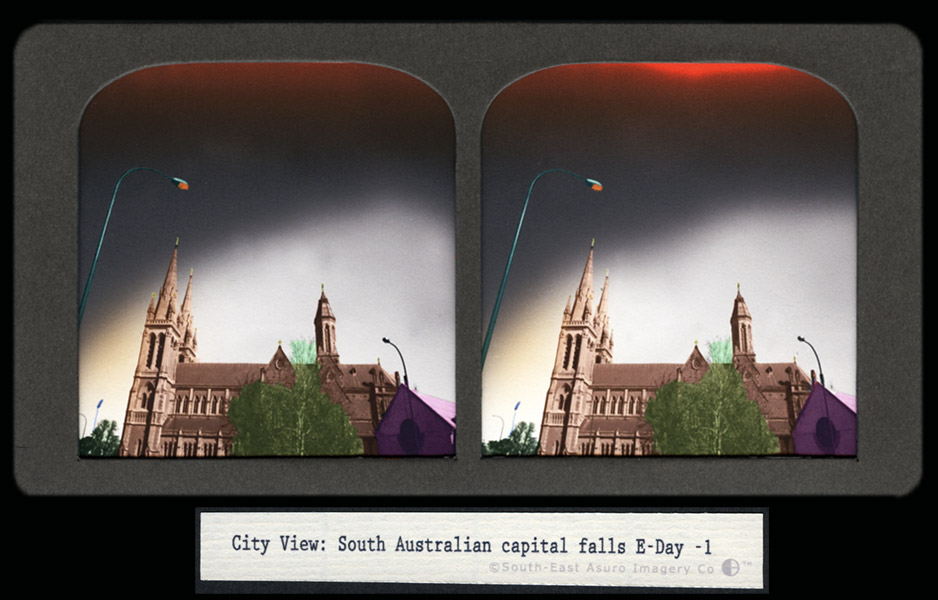 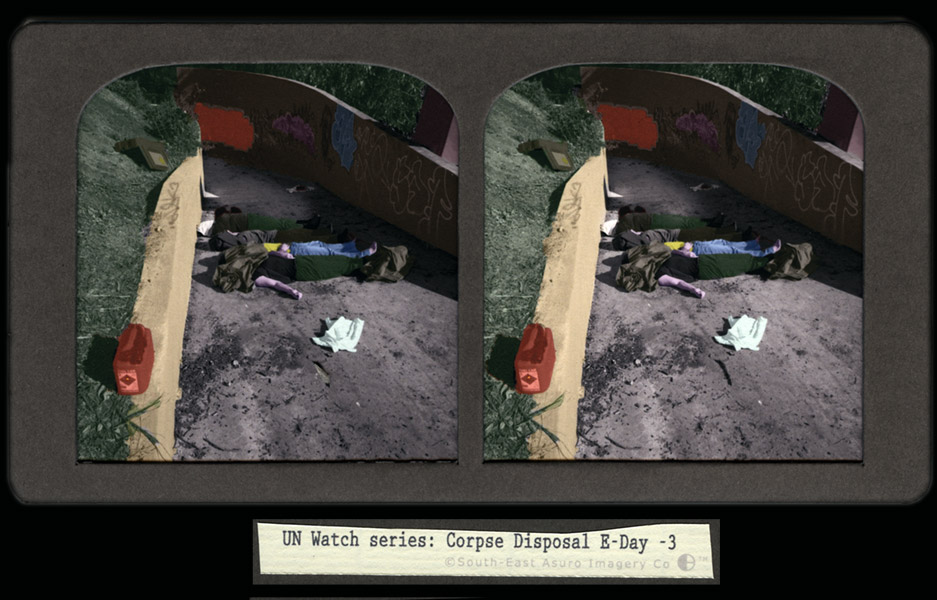 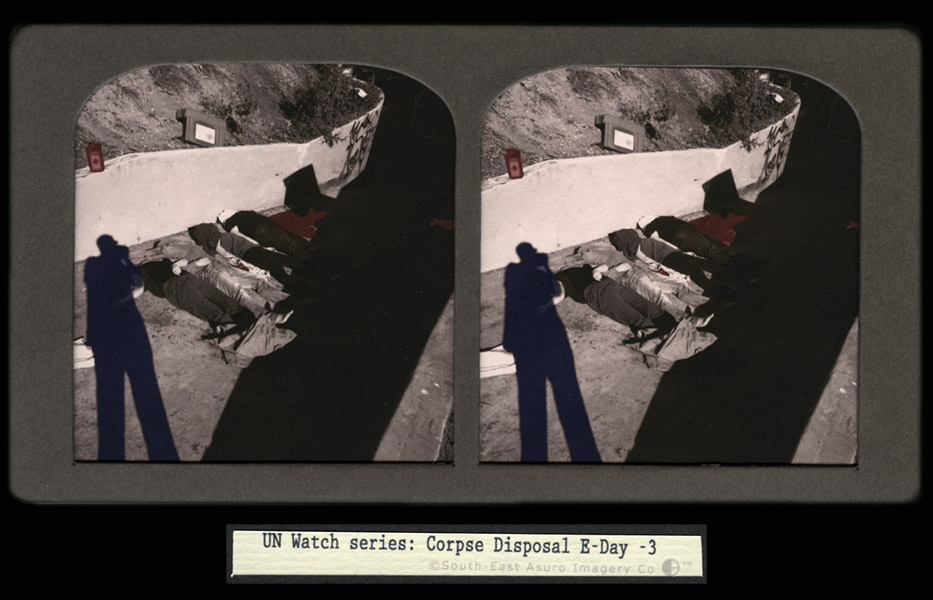 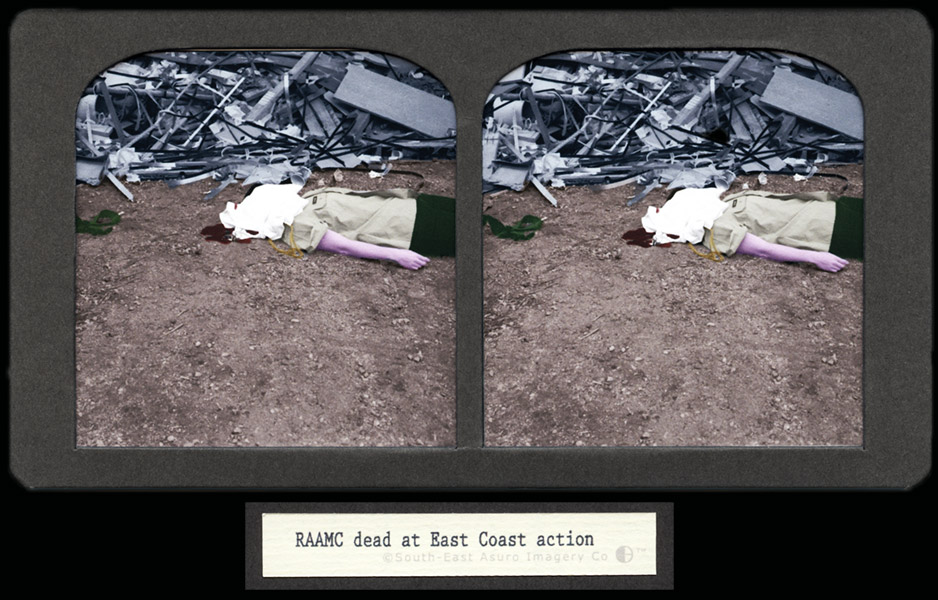 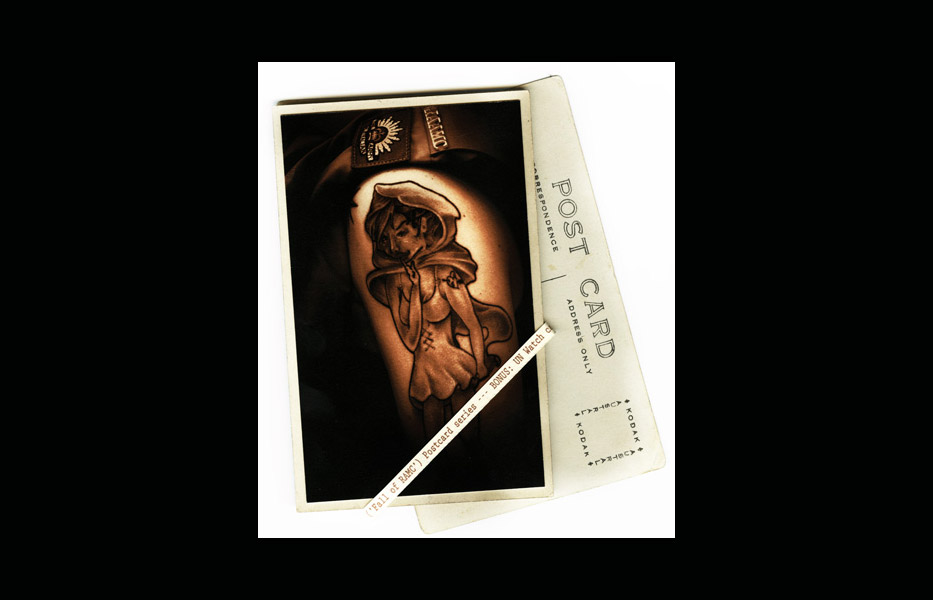 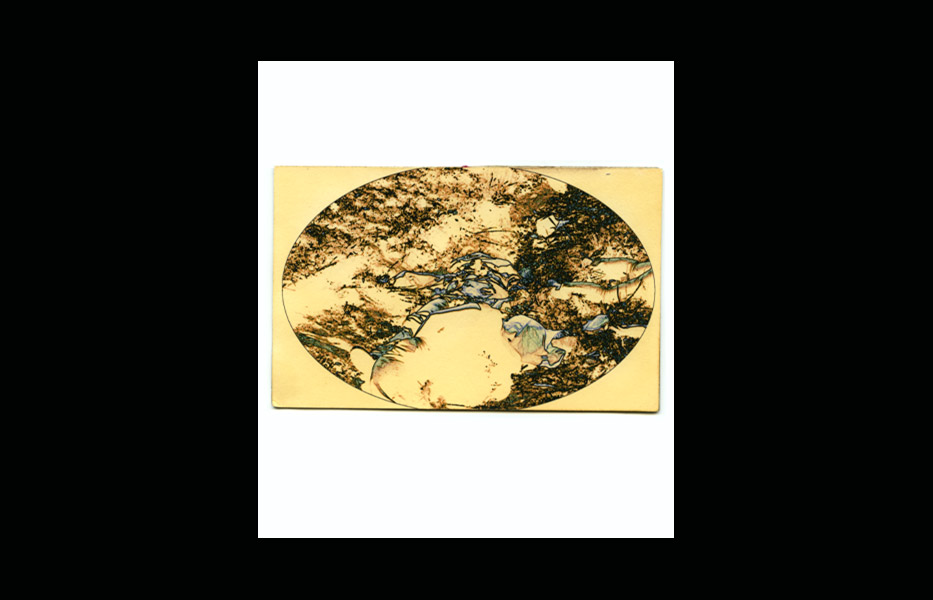 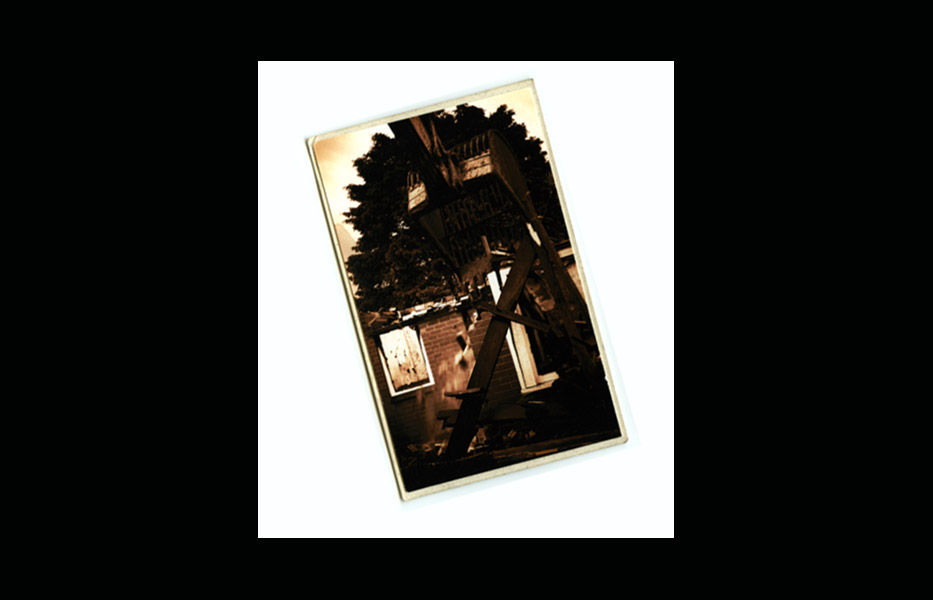 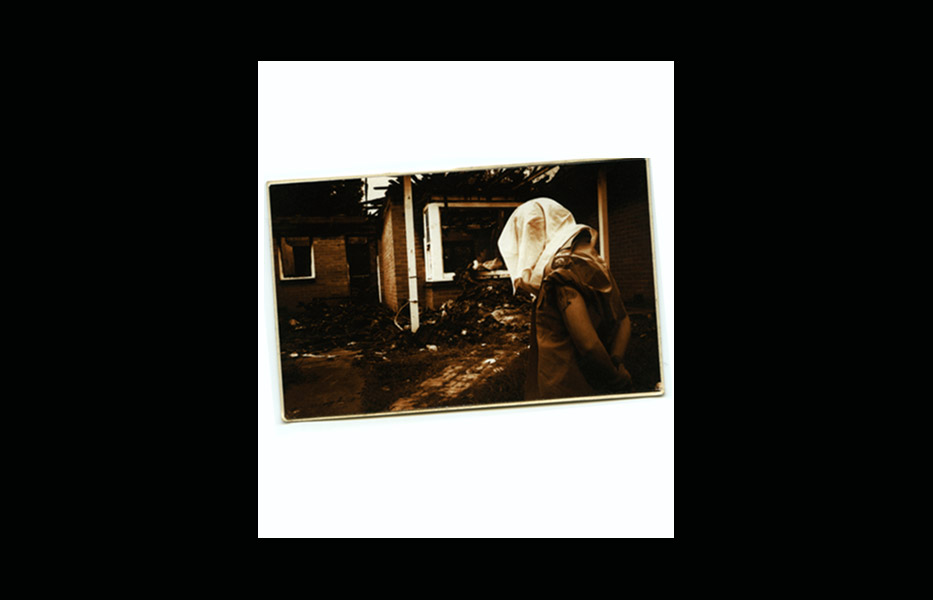 Set in a fictive now ‘The Australian Conflict’ presents a ‘future present’ occupation of this country by an unnamed international force as viewed through a Stereoscope’s stereoviews – photographic battlefield souvenirs made popular from the early 1850s to the late 1930s.

The act of war was an early subject for photography; the advent of the Mexican-American war (1846-48) combined with rapidly evolving industrialised production techniques of photographic printing collided with the public’s desire for a perceptive realism not afforded by drawing. Through the stereoscope, photography assumed the unique two-fold role of vicarious documenter and gratuitous entertainer. Stereoscopes were often purchased on ‘battlefield tours’ indulged in by many a middle-class holiday-maker.

‘The Australian Conflict’ adopts the visual vernacular of ‘broadcast conflicts’ such as the Vietnam War of the ’60s, the Balkans Wars of the ’90s and present-day Iraq and Afghanistan. Driven by contemporary digital production processes and hand-colouring using a graphics tablet, the work lies at the crossroads of an analogue-digital dialogue with a future Australian catastrophe.

So roll up roll up! come see the show in all its gorgeously gory realism! Get your souvenirs of the Australian Conflict – it’s just like the real thing™.