Roll up for the first Sydney survey show with work from two series created over the last 4 years. Michelle and Louise at .M Contemporary, Sydney’s newest contempt art gallery, have invited me to show with them to kick off the 2015 season. Alongside the incredible Simone Rosenbauer we’ll be holding two side-by-side solo extravaganza. Some come fill your boots and empty your wallets. Opening Saturday 14 February 3-5pm. Artist ‘Walkabout’ on the Sunday. Check back for times. Blurb below…

even,still captures the disquieting oddness and game-like artifice of 17th Century Dutch still life painting to explore the inherent beauty and ‘truthiness’ of the photographic image. Resplendent at the centre of a native floral garland, an earless fluorescent pink dingo stares mutely from the image’s liquid gloss, elsewhere a possum stalks alongside a honeyeater, a fluorescent breakfast is served. Seeming to float, bending perspective, small oddities and disruptions entice and cajole. Image and reality flex and bend, hovering between the known and unknown, the real and unreal. Strangely familiar, beautifully stilled.

As arts writer Jemima Kemp has observed, Taylor’s work is born ‘where nature meets culture, one where the fragility of the bush is threatened by rabbits, buffaloes yet one where this proliferative energy, where nature abundant, beautiful, slippery and resistant pushes back and evades culture’s force. These bright harbingers of disquiet slip into the frame dismantling its certainties, and yet always evading our grasp.’

The series either,either continues Taylor’s play with what is real and not real by exploring a peculiarly Australian experience. Time and nature are entwined together again in the Australian bush through a mix of still lifes and beautifully staged tableaus of the lives and objects from an imagined past. These nowherescapes are gentle and edgy evocations of the slipperiness of time.

In them there is a reimagining, of people, place and art. They are all linked in their own ways. They challenge notions of reality, fiction, landscape and above all, of time.

They are bright, dark, beautiful and coarse, unsure yet rock steady. 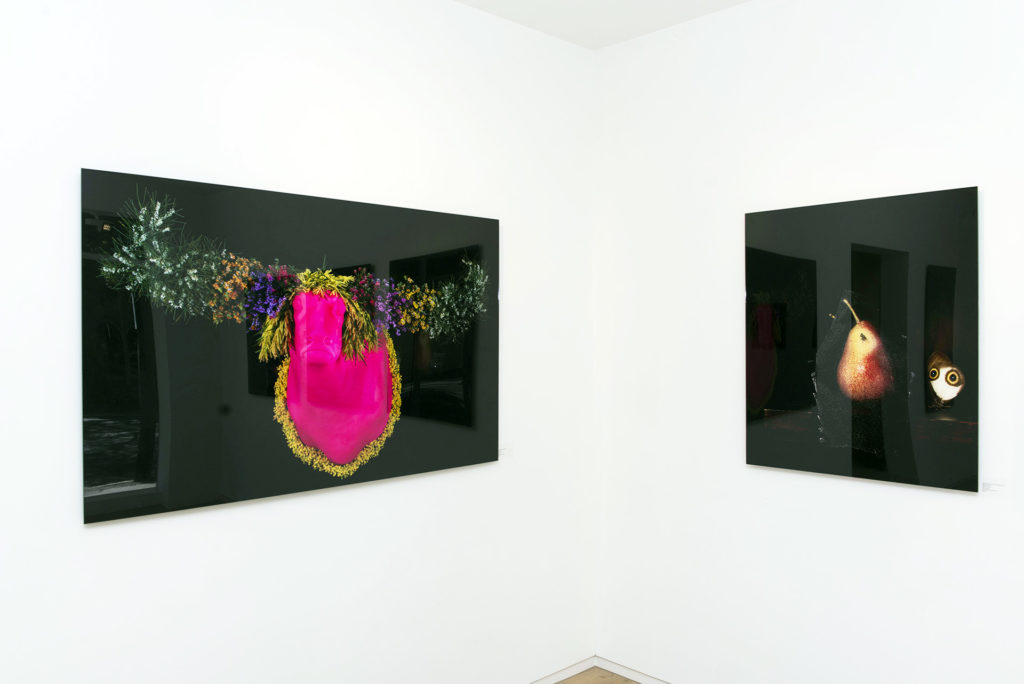 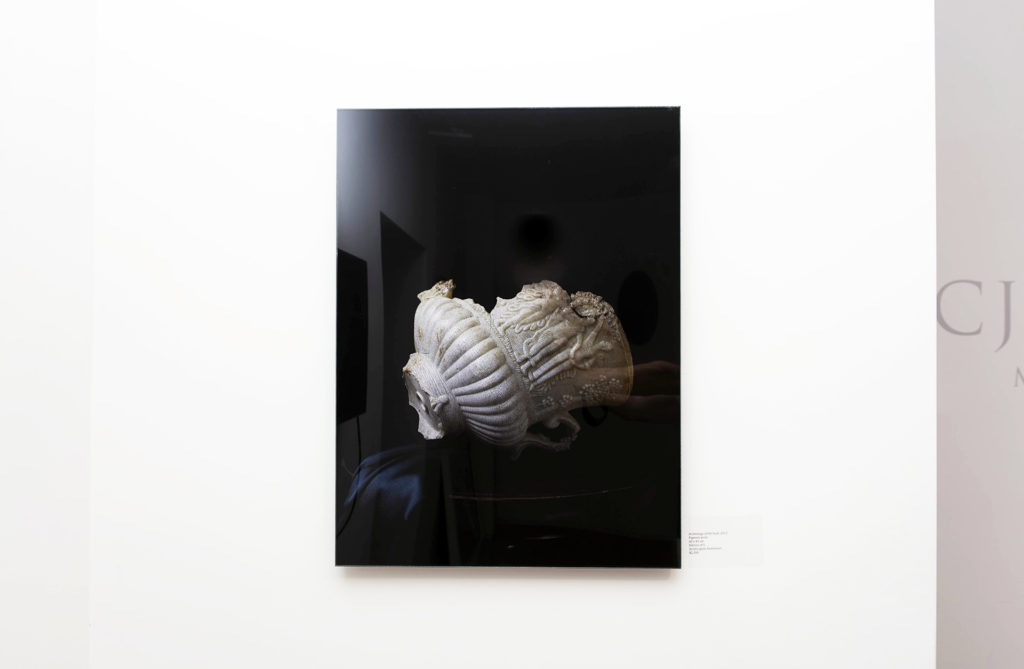 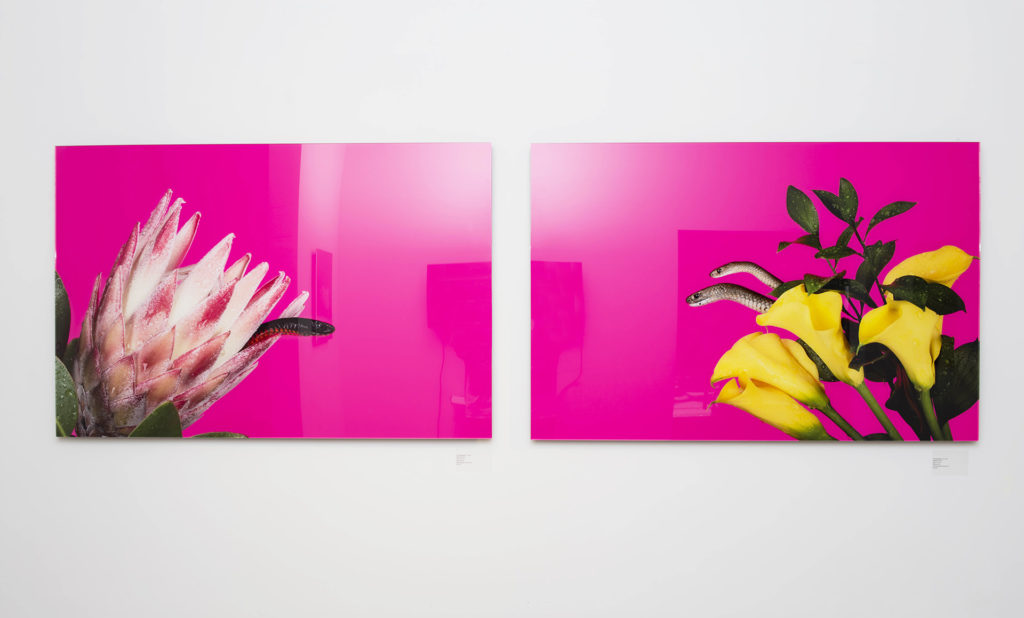 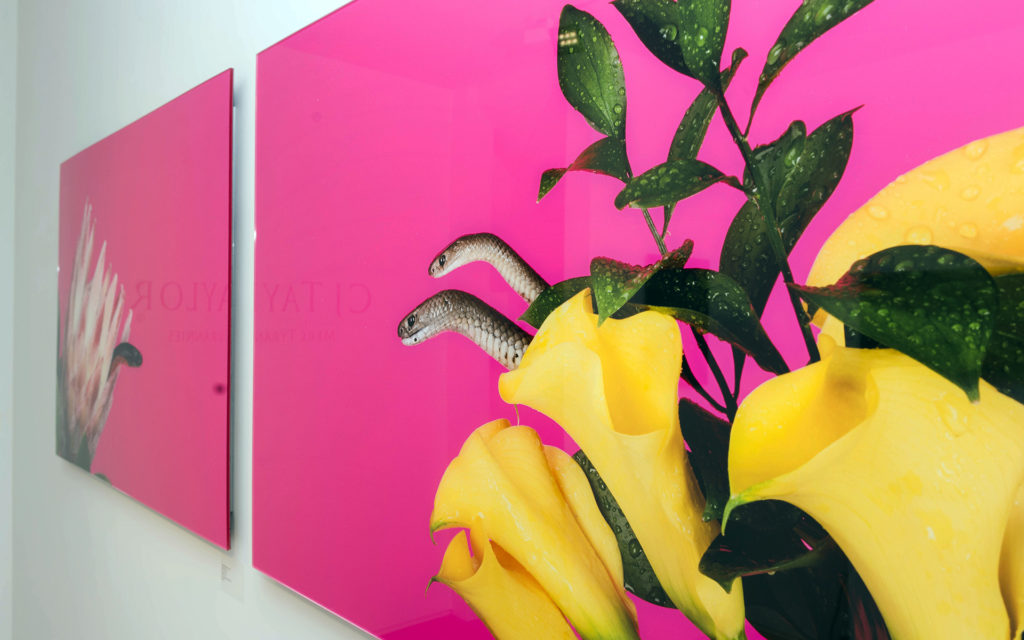